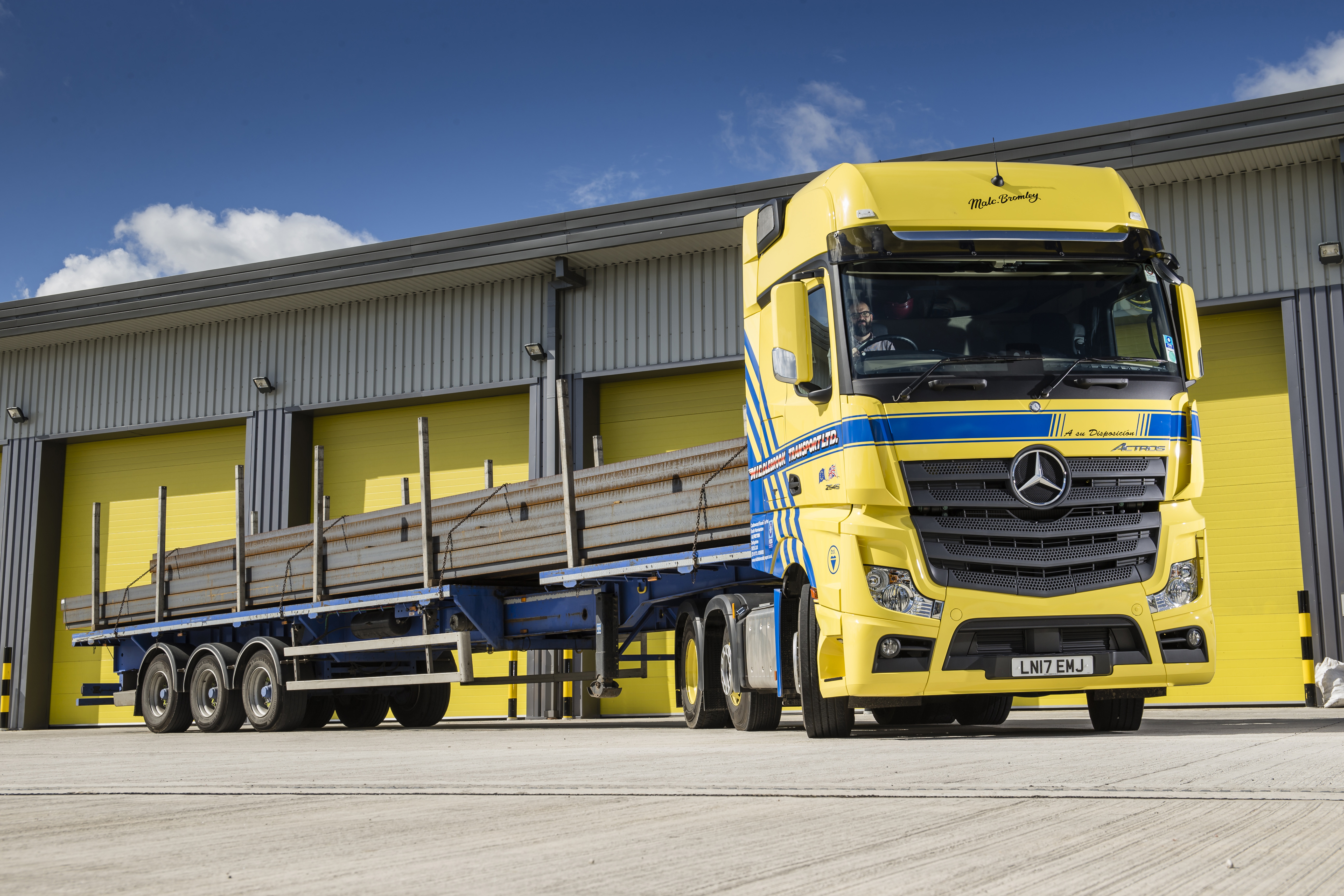 Derbyshire-based haulier Middlebrook Transport has taken delivery of two new Mercedes-Benz tractor units on a five-year, full-service contract hire deal from Fraikin, an arrangement that marks the start of a new working relationship between the two companies.

The new deal sees Middlebrook Transport operate as both customer and supplier, taking two new assets to expand its commercial vehicle fleet, whilst offering up its maintenance workshop to become part of Fraikin’s service network.

Rick Bromley, owner of Middlebrook Transport, says: “Fraikin very quickly understood our business and worked hard to tailor a cost-effective package that suits our needs and theirs. We get all the benefits of full-service contract hire and can use our existing six-bay workshop space for maintenance on the new trucks and for any additional work – if we have the capacity. It’s a win-win situation.”

The reciprocal nature of the deal highlights Fraikin’s flexible approach to new business – an approach that should see its share of Middlebrook Transport’s fleet grow in the future.

“We were really impressed with Fraikin from the moment we had our first conversation with them. Their level of expertise and support helped us to understand the benefits of contract hire and how it can help our business. When we begin replacing the rest of our fleet, we’ll be looking to continue the relationship with Fraikin,” Bromley adds.

The family-run business operates a fleet of 47 trucks – comprised mainly of Mercedes-Benz and DAF tractor units, either owned by the business or on operatingeases. It also has 130 trailers, with the fleet being used to transport concrete and steel to some of the biggest construction firms in the UK.

Based at the company’s site in Alfreton, the two new 44-tonne Mercedes-Benz Actros tractors have been specified with a Gigaspace cab, providing drivers with the most spacious cab on the market. They will be in operation up to six days a week and are expected to clock up around 80,000 miles a year.

Established in 1974, Middlebrook Transport specialises in general haulage, long loads and the transportation of steel. The company holds ISO 9001 accreditation and silver membership with the Fleet Operator Recognition Scheme (FORS).

FRAIKIN GOES THE EXTRA MILE FOR…

As part of a new five-year contract hire agreement with long-standing customer Menzies Distribution, Fraikin was tasked with supplying 75 commercial vehicle assets to the company within weeks. In order…

Mark Burn, 45, has been appointed Fraikin's new Chief Financial Officer (CFO), based at the company’s new UK headquarters in Coventry. He joins Fraikin after four years as Group CFO…

Visit F-Mag now to find out more about some of the industry’s hot topics and how they may affect your company.
https://f-mag.fraikin.co.uk/