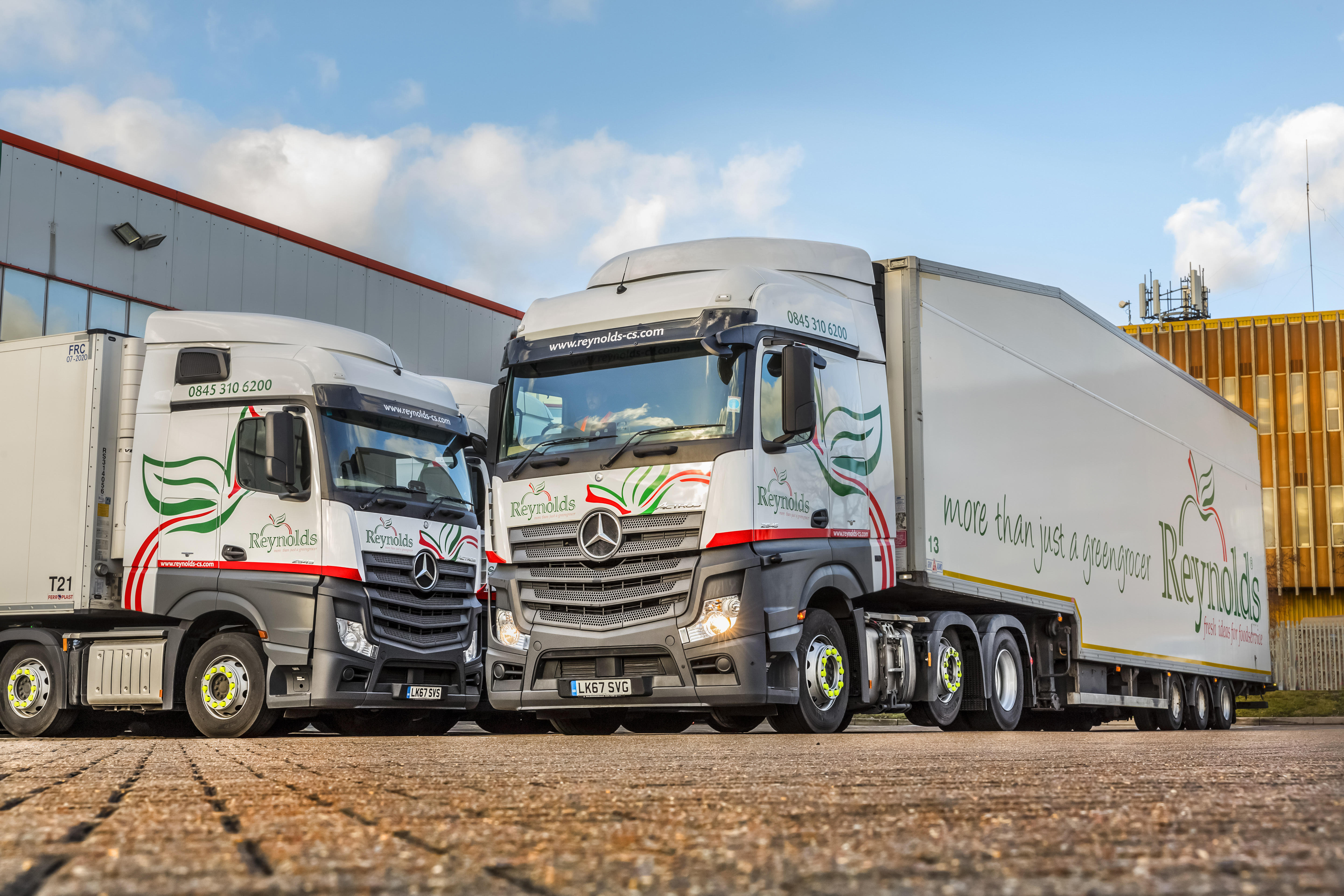 Reynolds, one of the biggest fruit and vegetable suppliers in the UK, has signed a deal with Fraikin to contract hire 11 new 44-tonne Mercedes-Benz Actros tractor units – marking the start of a new working relationship between the two companies.

Key to the decision was Fraikin’s ability to conduct all maintenance work on the new vehicles at its Enfield branch, which is conveniently located less than three miles from Reynolds’ main site in Waltham Cross.

In a demonstration of Fraikin’s flexibility, it is also supplying a 12th Mercedes-Benz on a rental agreement; the truck will provide extra capacity when required, though Reynolds will only be charged for the time it is in use.

Fraikin will also supply in-house training for Reynolds drivers on the new vehicles. The course, organised in conjunction with Mercedes-Benz, is designed to show how the truck’s latest generation features can help to improve fuel consumption.

Steve White, Head of Fleet Support at Reynolds, says: “Fraikin tailored a deal their competitors simply couldn’t match. The flexibility of the additional truck will make a huge difference to our operation, as will the benefit of the improved driver training – and having a Fraikin branch on our doorstep means any vehicle collected for servicing will be back in no time at all.”

As part of the new agreement, Reynolds can access the maintenance schedule for its vehicles at any time thanks to Fraikin’s online web portal, FraikinView. The system allows customers to monitor all maintenance work in progress, which aids fleet scheduling and helps to minimise any disruptions to the business.

Each new truck will be in operation seven days a week and is expected to clock up approximately 160,000 km a year. Fraikin has specified the vehicles with a StreamSpace cab for extra space and comfort, making them ideal for Reynolds’ long distance work.

The trucks also feature a side-cam detection system that alerts the driver to the presence of cyclists or pedestrians in their blind spots, helping to improve operational safety on the road.

Set up in 1945, Reynolds started as a fruit and veg stall in Hackney and now supplies an extensive range of cheeses, dairies, meats and salads to customers in the catering and foodservice sectors.

FRAIKIN GOES THE EXTRA MILE FOR…

As part of a new five-year contract hire agreement with long-standing customer Menzies Distribution, Fraikin was tasked with supplying 75 commercial vehicle assets to the company within weeks. In order…

Mark Burn, 45, has been appointed Fraikin's new Chief Financial Officer (CFO), based at the company’s new UK headquarters in Coventry. He joins Fraikin after four years as Group CFO…

Visit F-Mag now to find out more about some of the industry’s hot topics and how they may affect your company.
https://f-mag.fraikin.co.uk/